Theft #25 - Stealin' Back Hell from Satan

"That doctrine is straight from the pit of hell!!!"

"It is better to rule in Hell than to serve in Heaven!"

And so on . . .   These quotes, and many more imply that the place we call Hell
1) generates all manner of bad things, and 2) is ruled by Satan (aka the Devil). 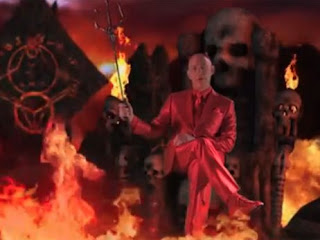 And here a rather dapper Satan sits, looking every bit the calm and devious ruler of Hell.  One can find many myriads (that's "thousands" for you homeschoolers...hehehe) of such images with a simple Google of "hell, Satan."  The conception that Satan rules Hell is so ingrained into the consciousness of mainstream American Christians (which are the only ones I know) that it's just taken for granted.  The corollary above that Hell generates all kinds of evil is almost certainly derived from the assumption that Satan resides and reigns in Hell.

So, what'cha all think?  Are the above concepts true?  More specifically, are they true based on Biblical teachings? 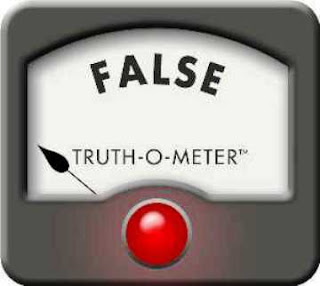 Oh!  Look at that!!!   The "TRUTH-O-METER" says "FALSE."   And, for heaven's sake, both of these common concepts are absolutely and utterly false, if the Bible is used as the standard of truth about the person called Satan and the place called Hell.  You can search from Genesis through Revelation and find no verses ("zilch, zero, nada," to quote a vegetable) showing any indication either that Satan is in charge of Hell, or that Hell is the origin of evil. Both ideas are void of Biblical support.

If you DO accept the Bible as the source of absolute truth about Jesus, then it is logical to do the same for the truth about Satan.  (Ahem....) "Just sayin'......"

So, then, easy one first: If Hell is not the source of all evil, then what (or who) is?   Ready?   It's YOU!!!  (....well, and me, of course).  Bet you thought I'd say Satan, eh?  Well, he is definitely in the mix concerning the presence of evil, but if Adam hadn't sinned, Satan and his evil would be long gone.  So it's the persistence of sin in man that is really at the bottom of evil in the world, for now anyway.

Second, if Satan doesn't rule Hell (and he doesn't), then who does?   Hold on tight!   God rules Hell, just like he rules the rest of the created universe!  NOTE: I didn't say God rules in Hell, but that He rules Hell, or, if you like, God rules over Hell.

Consider Matthew 25:41 - "Then He will also say to those on His left, 'Depart from Me, accursed ones, into the eternal fire which has been prepared for the devil and his angels."

Get it?  Satan's ultimate destination is "the eternal fire," which-in context-is clearly what we normally call "hell," or Hades, or Sheol, of the Lake of Fire, etc, etc.  In fact, this place was prepared by God NOT originally for mankind, but for, well, "demonkind," if you will: for "the devil/Satan and his angels/demons." 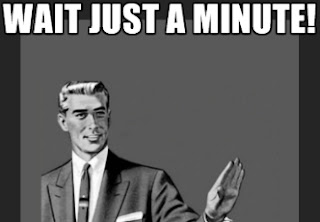 "But Thief, are you saying that Satan is going to end up in Hell just to suffer punishment like everyone else there?"

Yep, Satan ends up in "hell" with the angels/demons who followed him in his evil, with no power left at all, and they are punished, well, for eternity.

But Satan's doom is not like that of "everyone" else in the fire, if you include humans.

***A few quick facts about Satan:

- God created Satan originally good, like everything else in His Creation (see Genesis; Isaiah; Ezekiel.  *I'm not giving specific references here;  I believe my readers should able to find this stuff.)
- Satan grew arrogant and rebelled against God, and one-third of the angels followed Satan in his rebellion. (Isaiah; Ezekiel; Revelation).
- In his rebellion, Satan left heaven to come dwell on earth, but still has access to speak with God. (Genesis; Job; Revelation)
-While he is on earth, Satan and his demons mainly try to tempt humans to also rebel against God (Genesis, Job; Matthew, Luke; James; Revelation)
-There will come a time when Satan will, before his final judgment, be totally expelled from heaven to be on earth for a few years (Revelation).
- Satan and his demons will ultimately be tossed into the Lake of Fire (see above) to be punished forever.

That's the short version.   Please feel free read to read all about it!!! 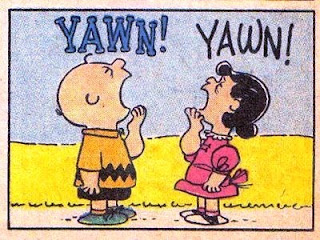 I know, I know.  It's getting long.  Even I'm yawning a bit at this point.

One last thing for you humans to consider:  Jesus Christ died for our sins and was raised from the dead, and is coming back.  Human beings who accept and truly believe this are redeemed from their sins and from the punishment for those sins, and will be with God the Father, God the Son, and God the Spirit for eternity.

Not so for Satan and his demons, for they cannot be redeemed.   Read that again:  Satan and his demons CAN NOT BE REDEEMED!!!   Jesus did not die for them.  When they chose to sin against God, their eternal punishment was determined by God right then and will not be changed.   ......think about it.  One third of a "race" or "species" of beings that were formerly angels of God that, once they fell, were immediately condemned forever with no chance of redemption . . . NO CHANCE!

I'd say we humans have it pretty good, so let's get the truth about God and Satan right, OK?

Buy for now - The Thief.